THE SONGS OF BURT BACHARACH

THE SONGS OF BURT BACHARACH

Coronado Playhouse pays tribute to this icon of American popular music with an evening featuring Mr. Bacharach’s greatest hits including “Close to You”, “Anyone Who Had A Heart”, “I’ll Never Fall In Love Again”, “Say A Little Prayer”, “That’s What Friends Are For” and many, many more…

During the lead up to our Burt Bacharach cabaret we are encouraging you, our loyal patrons, your friends and families, to support the playhouse by becoming a member for as little as $50 a year throughout our WHAT THE WORLD NEEDS NOW membership drive.
GREAT BENEFITS. Click below to learn more.

CHRISTOPHER T. MILLER (Music Director, keyboard) was last seen on the CPH stage as Gomez in The Addams Family. Other favorite roles include Judas (Jesus Christ Superstar), Dan (Next To Normal, also musical director), Proprietor / Lee Harvey Oswald (Assassins), the American (Chess), Adam / Noah (Children of Eden), Cinderella’s Prince (Into the Woods, also music director), Nicky (Avenue Q), and Peron in the North American tour of Evita. Chris also works in software and sound. Grateful to the team for trusting him with all these classic songs, to the singers for all their hard work, and to his family for their unflagging support.

STEVEN JENSEN has appeared in musicals, operettas, and concerts with Coronado Playhouse, Lyric Opera San Diego, CCT, Lamplighters Theatre, Bodhi Tree Concerts, Pacific Coast Chorale, and others. Here at Coronado Playhouse, he has performed in fifteen plays, including recently King Charles III, Little Shop of Horrors, Much Ado About Nothing, Hamlet, Tartuffe, Sugar, The Man Who Came To Dinner, Romeo and Juliet, and Monty Python’s Spamalot.

DIANNE SMITH GRAY is delighted to be returning to Coronado Playhouse and to be part of this wonderful cabaret cast honoring Burt Bacharach’s music. Dianne’s most recent appearance was as Cecily Robson in Quartet at PowPac Community Theatre. She was last seen at Coronado Playhouse in A Little Night Music as Madame Armfeldt. Dianne wishes to thank her spouse Bill, for all his encouragement and support.

JOE FITZPATRICK As a member of Actors’ Equity in New York, Joe performed in dinner theater and Off-Broadway. In San Diego, Joe has performed at North Coast Rep, Marie Hitchcock Puppet Theater, Diversionary, Starlight, Spreckels, City College, Lamplighters and Coronado Playhouse. He is most proud to have been a co-producer of Outcast Productions, which produced Sunday in the Park with Sondheim. For the last 12 years, Joe has been the theater manager for the Marie Hitchcock Puppet Theater in Balboa Park. He was the puppet master for The Tempest and Macbeth at The Old Globe, for Avenue Q at OB Playhouse and for Little Shop of Horrors at Coronado Playhouse. Google puppetmanbigjoe or on FaceBook page Big Joe Productions.

TOM FITZPATRICK is excited to be back at Coronado Playhouse, working with this talented cast and production team. Tom is an award-winning director and actor. He was most recently seen at Coronado Playhouse in The Addams Family (Lurch), Fly By Night (Crabble) and Singin’ in the Rain: In Concert. Tom has also performed at Diversionary, Avo Playhouse, The Broadway and San Diego Lyric Opera, among others, and has performed and directed at Coronado Playhouse, Pickwick Players, OnStage,  and Lamplighters. Next, Tom will be playing Father Kenny/Carson in A Man Of No Importance. Love to B, F & F.

BRUNO BOSARDI I have always been a huge fan of Burt Bacharach and was very excited when I was asked to be part of this showcase. My first love is dance but acting and singing have always been passions of mine. I am very happy to be performing again at Coronado Playhouse. My shows with Coronado include A Chorus Line, Best Little Whorehouse in Texas and Cinderella. I am honored to be singing with such amazing talent. I spend most of my days teaching Pilates at The Body Alchemist in Golden Hill, a studio I own.

PATRICK MAYUYU is a native San Diegan who’s performed on local stages including OnStage, ion Theatre, Diversionary and San Diego REP. He serves as a consultant for the SDSU Color Guard and a performance coach for So Say We All. Patrick is also a proud company member of InnerMission Productions and a founding member of MaArte Theatre Collective. He was last seen performing This Is Me live at The 90th Annual Academy Awards backing Keala Settle. Thanks to friends and family!

Lesley K. Pearson (Nurse) holds a Bachelors Degree in Fine Arts (w/a Minor in Children’s Theatre) from UCLA and an Ed.D. in Education from Alliant International University. She worked as a volunteer Assistant Talent Coordinator for Dick Clark Productions in Los Angeles for the Country Music Awards and American Music Awards.  Credits include: Joanne in Company, Reno Sweeny in Anything Goes, Babe in Pajama Game, Zipporah in Milk & Honey, Frastrada in Pippin, Golde in Fiddler On the Roof, Eulalie MacKechnie Shinn in The Music Man, Chris in Rumors, Suzanne in Dearly Departed, Nurse Purgon in The Imaginary Invalid, Nurse in Romeo and Juliet and The First Witch in Macbeth. She is co-founder of Westminster Youth Theatre, a member of the Vanguard Theatre Board and a founding member of The Shakespeare Society of San Diego.  She also records audio books for Wolcott & Sheridan in N. Hollywood; and performs as a vocalist on several CD’s by David Brauner. She is currently an Administrator in the San Diego Unified School District Early Childhood Education Programs.

CHRISTOPHER T. MILLER was last seen on the CPH stage as Gomez in The Addams Family. Other favorite roles include Judas (Jesus Christ Superstar), Dan (Next To Normal, also musical director), Proprietor / Lee Harvey Oswald (Assassins), the American (Chess), Adam / Noah (Children of Eden), Cinderella’s Prince (Into the Woods, also music director), Nicky (Avenue Q), and Peron in the North American tour of Evita. Chris also works in software and sound. Grateful to the team for trusting him with all these classic songs, to the singers for all their hard work, and to his family for their unflagging support.

LENELLE WYLIE is a biology teacher and aquatics coach at Helix Charter High School. She was last seen in Little Shop of Horrors (Coronado Playhouse) and will play Miss Hannigan in Annie this summer (Patio Playhouse). She would like to thank her family for their support and to the entire Coronado Playhouse family for this opportunity!

DARYL DALEY is happy to be back on the Coronado stage after appearing in The Addams Family earlier this season. Other appearances here at CPH include Suessical The Musical (Bird Girl/Mrs. Mayor), Avenue Q (Girl Bear), A Year with Frog and Toad (Turtle), Chicago (Mary Sunshine), Sleeping Beauty or the Famous Rose Taboo (Princess Beauty), and ensemble roles in Thoroughly Modern Millie, Spamalot, The Best Little Whorehouse in Texas, Godspell and The Drowsy Chaperone.

SARAH ROBINSON was born and raised in San Diego, California. She holds Bachelor’s degrees in Theatre and Psychology from UC San Diego and recently earned her doctorate in Clinical Psychology. Favorite stage credits include Meet Me in St. Louis, Heaven Can Wait, Guys and Dolls, Company, Who Am I This Time? And Other Conundrums of Love (Vanguard Theater), and Back to the 80s (Scripps Performing Arts Company). When she’s not on stage she is behind the scenes designing costumes and directing. Regular patrons have seen her work in Altar Boyz, Much Ado About Nothing, and Next to Normal. She is grateful to be on stage at Coronado once again and to work with this amazing team! Thanks to God, family and Michael. 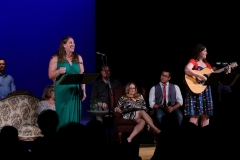 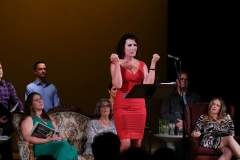 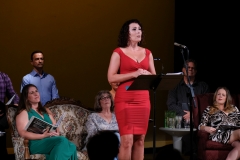 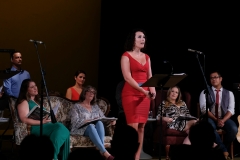 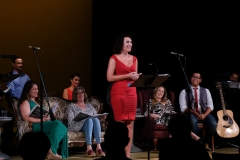 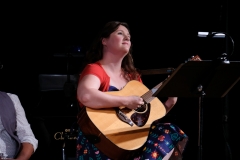 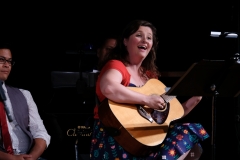 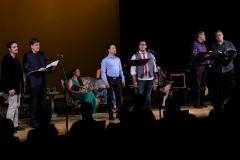 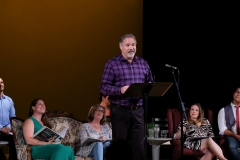 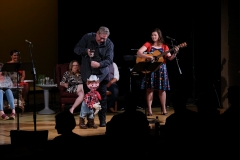 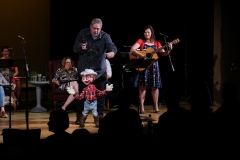 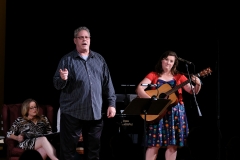 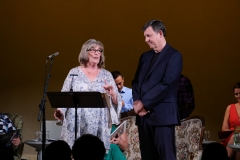 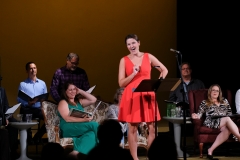 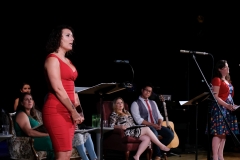 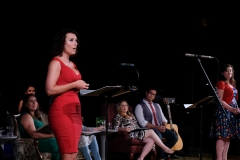